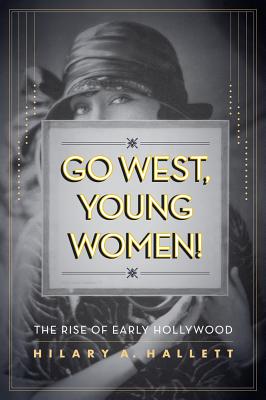 The Rise of Early Hollywood

In the early part of the twentieth century, migrants made their way from rural homes to cities in record numbers and many traveled west. Los Angeles became a destination. Women flocked to the growing town to join the film industry as workers and spectators, creating a “New Woman.” Their efforts transformed filmmaking from a marginal business to a cosmopolitan, glamorous, and bohemian one. By 1920, Los Angeles had become the only western city where women outnumbered men. In Go West, Young Women, Hilary A. Hallett explores these relatively unknown new western women and their role in the development of Los Angeles and the nascent film industry. From Mary Pickford’s rise to become perhaps the most powerful woman of her age, to the racist moral panics of the post–World War I years that culminated in Hollywood’s first sex scandal, Hallett describes how the path through early Hollywood presaged the struggles over modern gender roles that animated the century to come.

Hilary Hallett is Assistant Professor of History at Columbia University.

“A lively look at Hollywood’s past, when the movies were still in their infancy, and at the women who were a critical part of it. . . . Highly recommended.”
— G. A. Foster

"Substantial and invigorating . . . an intriguing odyssey into early Hollywood culture and its female coterie of creators, stars, and consumers whose centrality to the evolution of the film industry has not previously been identified or accounted for in adequate terms."
— Western Historical Quarterly
or support indie stores by buying on
Copyright © 2020 American Booksellers Association