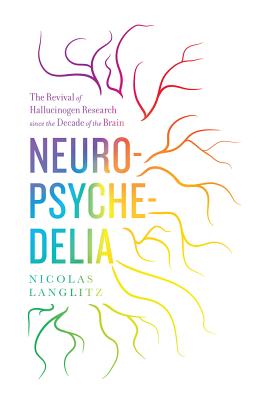 The Revival of Hallucinogen Research since the Decade of the Brain

Neuropsychedelia examines the revival of psychedelic science since the "Decade of the Brain." After the breakdown of this previously prospering area of psychopharmacology, and in the wake of clashes between counterculture and establishment in the late 1960s, a new generation of hallucinogen researchers used the hype around the neurosciences in the 1990s to bring psychedelics back into the mainstream of science and society. This book is based on anthropological fieldwork and philosophical reflections on life and work in two laboratories that have played key roles in this development: a human lab in Switzerland and an animal lab in California. It sheds light on the central transnational axis of the resurgence connecting American psychedelic culture with the home country of LSD. In the borderland of science and religion, Neuropsychedelia explores the tensions between the use of hallucinogens to model psychoses and to evoke spiritual experiences in laboratory settings. Its protagonists, including the anthropologist himself, struggle to find a place for the mystical under conditions of late-modern materialism.

Praise For Neuropsychedelia: The Revival of Hallucinogen Research since the Decade of the Brain…

"A deeply reflective meditation on the perennial struggle of humanity to preserve a mystical view of life during a time of materialist scientific discourses."
— Adam Montgomery

"Neuropsychedelia is an elegant exemplar of both science studies and anthropology of the contemporary."
— Meg Stalcup

Nicolas Langlitz is Assistant Professor at the New School for Social Research. He is the author of Die Zeit der Psychoanalyse: Lacan und das Problem der Sitzungsdauer.
Loading...
or support indie stores by buying on