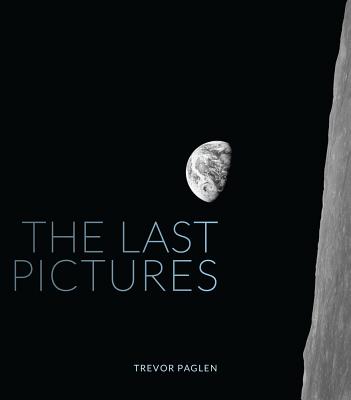 Human civilizations' longest lasting artifacts are not the great Pyramids of Giza, nor the cave paintings at Lascaux, but the communications satellites that circle our planet. In a stationary orbit above the equator, the satellites that broadcast our TV signals, route our phone calls, and process our credit card transactions experience no atmospheric drag. Their inert hulls will continue to drift around Earth until the Sun expands into a red giant and engulfs them about 4.5 billion years from now.

The Last Pictures, co-published by Creative Time Books, is rooted in the premise that these communications satellites will ultimately become the cultural and material ruins of the late 20th and early 21st centuries, far outlasting anything else humans have created. Inspired in part by ancient cave paintings, nuclear waste warning signs, and Carl Sagan's Golden Records of the 1970s, artist/geographer and MacArthur "Genius" Fellow Trevor Paglen has developed a collection of one hundred images that will be etched onto an ultra-archival, golden silicon disc. The disc, commissioned by Creative Time, will then be sent into orbit onboard the Echostar XVI satellite in September 2012, as both a time capsule and a message to the future.

The selection of 100 images, which are the centerpiece of the book, was influenced by four years of interviews with leading scientists, philosophers, anthropologists, and artists about the contradictions that characterize contemporary civilizations. Consequently, The Last Pictures engages some of the most profound questions of the human experience, provoking discourse about communication, deep time, and the economic, environmental, and social uncertainties that define our historical moment.

Praise For The Last Pictures…

“This is not just a publicist-driven fancy. . . . [Paglen’s images are] aesthetic and allegorical. . . . A unique tale of human history.”
— Wallpaper

"The images are wondrous, paradoxical, and awe-inspiring."
— Dara Solomon

Trevor Paglen is an internationally recognized artist, writer, scholar, and MacArthur "Genius" Fellow working across multiple disciplines in a variety of media. Among his books are Blank Spots on the Map, Torture Taxi, and I Could Tell You But Then You Would Have to Be Destroyed by Me. His art is in the permanent collections of numerous museums including the Metropolitan Museum of Art, the San Francisco Museum of Modern Art, and the Smithsonian Museum of American Art.
or
Not Currently Available for Direct Purchase