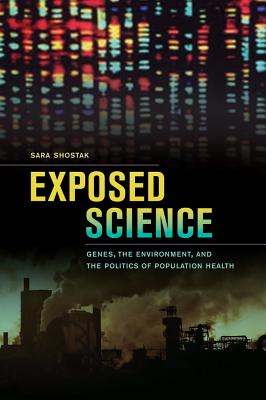 Genes, the Environment, and the Politics of Population Health

Praise For Exposed Science: Genes, the Environment, and the Politics of Population Health…

"Exposed Science's overview of the process of environmental science and regulation will be novel for most. . . . Recommended."
— Robert M. Gochfeld

"[Shostak's] method is unimpeachable . . .The reader could not ask for a better guide."
— Owen Whooley

"Exposed Science is a remarkable read for scientists and activists alike, as well as the many players who make up the rest of the spectrum of perspectives."
— Somatosphere

Sara Shostak is Assistant Professor of Sociology at Brandeis University.
Loading...
or support indie stores by buying on