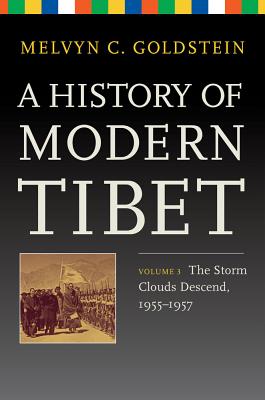 It is not possible to fully understand contemporary politics between China and the Dalai Lama without understanding what happened in the 1950’s. The third volume in Melvyn Goldstein's History of Modern Tibet series, The Calm before the Storm, examines the critical years of 1955 through 1957. During this period, the Preparatory Committee for a Tibet Autonomous Region was inaugurated in Lhasa, and a major Tibetan uprising occurred in Sichuan Province. Jenkhentsisum, a Tibetan anti-communist émigré group, emerged as an important player with secret links to Indian Intelligence, the Dalai Lama’s Lord Chamberlain, the United States, and Taiwan. And in Tibet, Fan Ming, the acting head of the CCP’s office in Lhasa, launched the “Great Expansion,” which recruited many thousands of Han Cadres to Lhasa in preparation for beginning democratic reforms, only to be stopped decisively by Mao Zedong’s “Great Contraction” which sent them back to China and ended talk of reforms in Tibet for the foreseeable future. In Volume III, Goldstein draws on never-before seen Chinese government documents, published and unpublished memoirs and diaries, and invaluable in-depth interviews with important Chinese and Tibetan participants (including the Dalai Lama) to offer a new level of insight into the events and principal players of the time. Goldstein corrects factual errors and misleading stereotypes in the history, and uncovers heretofore unknown information on the period to reveal in depth a nuanced portrait of Sino-Tibetan relations that goes far beyond anything previously imagined.

Melvyn C. Goldstein is John Reynolds Harkness Professor in Anthropology, Codirector of the Center for Research on Tibet at Case Western Reserve University, and a member of the National Academy of Sciences. He is the author of many books on Tibet, including A Tibetan Revolutionary: The Political Life and Times of Bapa Phüntso Wangye (with Dawei Sherap and William R. Siebenschuh), Essentials of Modern Literary Tibetan: A Reading Course and Reference Grammar, and volumes 1 and 2 of A History of Modern Tibet, all published by UC Press.