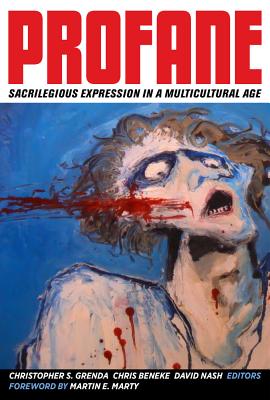 Sacrilegious Expression in a Multicultural Age

Humans have been uttering profane words and incurring the consequences for millennia. But contemporary events—from the violence in 2006 that followed Danish newspaper cartoons depicting the Prophet Mohammed to the 2012 furor over the Innocence of Muslims video—indicate that controversy concerning blasphemy has reemerged in explosive transnational form. In an age when electronic media transmit offense as rapidly as profane images and texts can be produced, blasphemy is bracingly relevant again.

In this volume, a distinguished cast of international scholars examines the profound difficulties blasphemy raises for modern societies. Contributors examine how the sacred is formed and maintained, how sacrilegious expression is conceived and regulated, and how the resulting conflicts resist easy adjudication. Their studies range across art, history, politics, law, literature, and theology. Because of the global nature of the problem, the volume’s approach is comparative, examining blasphemy across cultural and geopolitical boundaries.


Praise For Profane: Sacrilegious Expression in a Multicultural Age…

"Capably encompasses as many facets of this complex topic as possible, examining it on cultural, political, and personal levels . . . Powerful."
— Glenn Dallas

Chris Beneke is Associate Professor of History at Bentley University.

David Nash is Reader in History at Oxford Brookes University and Research Fellow at the Center for Inquiry, Amherst, New York.