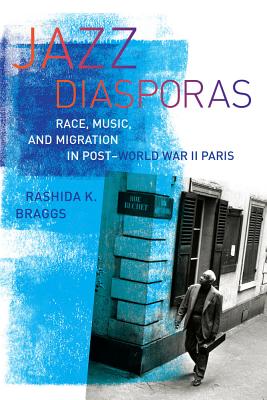 At the close of the Second World War, waves of African American musicians migrated to Paris, eager to thrive in its reinvigorated jazz scene. Jazz Diasporas challenges the notion that Paris was a color-blind paradise for African Americans. On the contrary, musicians adopted a variety of strategies to cope with the cultural and social assumptions that confronted them throughout their careers in Paris, particularly as France became embroiled in struggles over race and identity when colonial conflicts like the Algerian War escalated. Using case studies of prominent musicians and thoughtful analysis of interviews, music, film, and literature, Rashida K. Braggs investigates the impact of this postwar musical migration. She examines key figures including musicians Sidney Bechet, Inez Cavanaugh, and Kenny Clarke and writer and social critic James Baldwin to show how they performed both as artists and as African Americans. Their collaborations with French musicians and critics complicated racial and cultural understandings of who could represent “authentic” jazz and created spaces for shifting racial and national identities—what Braggs terms “jazz diasporas.”

"A fascinating look into an important chapter in cultural history."
— Kirkus Reviews

"Braggs (Africana studies, Williams Coll.) challenges the conception of Paris as a racism-free haven for the African American artists who flocked there after World War II."
— Library Journal

"A model of research on global jazz."

Rashida K. Braggs is Assistant Professor in the Program of Africana Studies at Williams College.
Loading...
or support indie stores by buying on