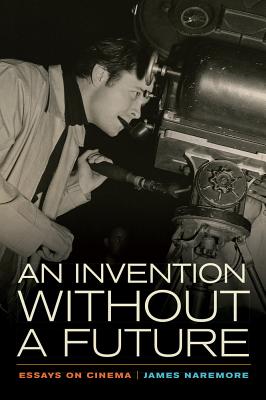 An Invention without a Future

In 1895, Louis Lumière supposedly said that cinema is “an invention without a future.” James Naremore uses this legendary remark as a starting point for a meditation on the so-called death of cinema in the digital age, and as a way of introducing a wide-ranging series of his essays on movies past and present. These essays include discussions of authorship, adaptation, and acting; commentaries on Howard Hawks, Alfred Hitchcock, Orson Welles, Vincente Minnelli, John Huston, and Stanley Kubrick; and reviews of more recent work by non-Hollywood directors Pedro Costa, Abbas Kiarostami, Raúl Ruiz, and Apichatpong Weerasethakul. Important themes recur: the relations between modernity, modernism, and postmodernism; the changing mediascape and death of older technologies; and the need for robust critical writing in an era when print journalism is waning and the humanities are devalued. The book concludes with essays on four major American film critics: James Agee, Manny Farber, Andrew Sarris, and Jonathan Rosenbaum.

Praise For An Invention without a Future: Essays on Cinema…

"Taken as a whole, An Invention Without a Future serves as a fantastic overview of conversations concerning film history, while providing thoughtful analyses of important Classical Hollywood films and styles."
— Slant

"The collection of Naremore’s essays constitutes a beautiful tribute to, and incarnation of, the best possible futures for cinema scholarship today."
— Film Quarterly

"Every essay here is a polished gift from a master of the literary essay."
— Observations on Film Art

James Naremore is Emeritus Chancellors' Professor of Communication and Culture, English, and Comparative Literature at Indiana University. His books include More Than Night, Acting in the Cinema, The Magic World of Orson Welles, The Films of Vincente Minnelli, and On Kubrick.
Loading...
or support indie stores by buying on