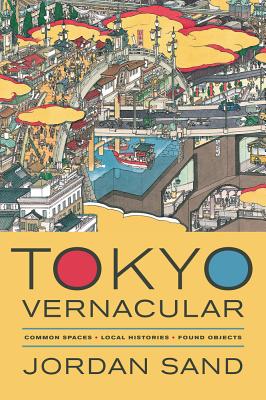 Preserved buildings and historic districts, museums and reconstructions have become an important part of the landscape of cities around the world. Beginning in the 1970s, Tokyo participated in this trend. However, repeated destruction and rapid redevelopment left the city with little building stock of recognized historical value. Late twentieth-century Tokyo thus presents an illuminating case of the emergence of a new sense of history in the city’s physical environment, since it required both a shift in perceptions of value and a search for history in the margins and interstices of a rapidly modernizing cityscape. Scholarship to date has tended to view historicism in the postindustrial context as either a genuine response to loss, or as a cynical commodification of the past. The historical process of Tokyo’s historicization suggests other interpretations. Moving from the politics of the public square to the invention of neighborhood community, to oddities found and appropriated in the streets, to the consecration of everyday scenes and artifacts as heritage in museums, Tokyo Vernacular traces the rediscovery of the past—sometimes in unlikely forms—in a city with few traditional landmarks. Tokyo's rediscovered past was mobilized as part of a new politics of the everyday after the failure of mass politics in the 1960s. Rather than conceiving the city as national center and claiming public space as national citizens, the post-1960s generation came to value the local places and things that embodied the vernacular language of the city, and to seek what could be claimed as common property outside the spaces of corporate capitalism and the state.

Jordan Sand teaches Japanese history at Georgetown University and has written widely on urbanism and material culture in East Asia.

“[The book] fills an important gap in the English-language literature about Japanese heritage and preservation . . . a rich and ambitious work that achieves what it set out to do.”
— Inge Daniels

“Tokyo Vernacular has a fascinating and highly-convincing story to tell . . . a powerful historical narrative of the reconstitution of Tokyo’s spatial politics.”
— Simon Avenell

"Tokyo Vernacular . . . is a treasure trove of valuable information, insights, and perspectives on a vast topic and a work that merits reading several times over so that its nuances and subtleties can begin to sink in."
— Chester H. Liebs

"Sand has succeeded in producing a nuanced and historicized account of preservation in Tokyo and relating preservation to the politics of creating a usable urban past."
— Sally A. Hastings
or support indie stores by buying on
Copyright © 2020 American Booksellers Association