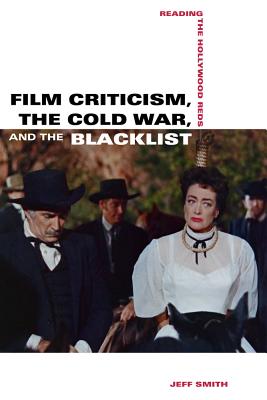 Film Criticism, the Cold War, and the Blacklist

Film Criticism, the Cold War, and the Blacklist examines the long-term reception of several key American films released during the postwar period, focusing on the two main critical lenses used in the interpretation of these films: propaganda and allegory. Produced in response to the hearings held by the House Committee on Un-American Activities (HUAC) that resulted in the Hollywood blacklist, these films’ ideological message and rhetorical effectiveness was often muddled by the inherent difficulties in dramatizing villains defined by their thoughts and belief systems rather than their actions. Whereas anti-Communist propaganda films offered explicit political exhortation, allegory was the preferred vehicle for veiled or hidden political comment in many police procedurals, historical films, Westerns, and science fiction films. Jeff Smith examines the way that particular heuristics, such as the mental availability of exemplars and the effects of framing, have encouraged critics to match filmic elements to contemporaneous historical events, persons, and policies. In charting the development of these particular readings, Film Criticism, the Cold War, and the Blacklist features case studies of many canonical Cold War titles, including The Red Menace, On the Waterfront, The Robe, High Noon, and Invasion of the Body Snatchers.

Praise For Film Criticism, the Cold War, and the Blacklist: Reading the Hollywood Reds…

"[A] fresh view, if not always of the films, then of the way critics and scholars have shaped discussions over time."
— The Arts Fuse

"Smith is in his element when unearthing subtext . . . His readings have a richness of their own."
— Bernard F. Dick

Jeff Smith is Professor of Communication Arts at the University of Wisconsin at Madison, and the author of The Sounds of Commerce: Marketing Popular Film Music.
Loading...
or support indie stores by buying on