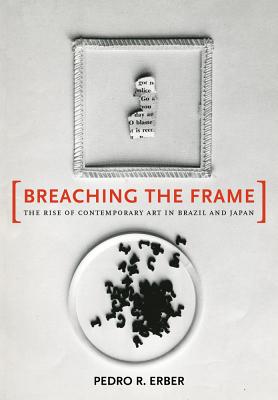 The Rise of Contemporary Art in Brazil and Japan

Circa 1960, artists working at the margins of the international art world breached the frame of canvas painting and ruptured the institutional frame of art. Members of the Brazilian Neoconcrete group, such as Hélio Oiticica and Lygia Clark, and their counterparts in Japan, such as Akasegawa Genpei and the Kansai-based Gutai Art Association, challenged the boundaries between art and non-art, between fiction and reality, between visual artwork and its discursive frame. In place of the indefinitely deferred promise of a revolution of the senses, artists called for “direct action” here and now. Pedro Erber situates the beginnings of these profound transformations of art in the politically charged debates on realism and abstraction and in the experiments of 1950s concrete poetry. He shows how artists and critics in Brazil and Japan brought modern painting to a point of crisis that paved the way for the radical experiments of the 1960s generation. In contrast to the “dematerialization” of the art object promoted by New York–based critics and conceptual artists in the late 1960s, avant-garde artists and poets in Brazil and Japan embraced materiality as intrinsic and fundamental to their highly conceptual practices. Breaching the Frame explores their uncannily contemporaneous trajectories, tracing the emergence of participatory practices and theories that challenged the limits of aesthetic contemplation and redefined the politics of spectatorship.

Pedro R. Erber teaches in the Department of Romance Studies at Cornell University. He holds a Ph.D. in Asian Studies from Cornell University, M.A. in philosophy from Pontifícia Universidade Católica do Rio de Janeiro, and B.A. in philosophy from Universidade Federal do Rio de Janeiro. Erber is the author of Política e verdade no pensamento de Martin Heidegger and articles on intellectual history, art, literature, and aesthetics.
Loading...
or
Not Currently Available for Direct Purchase