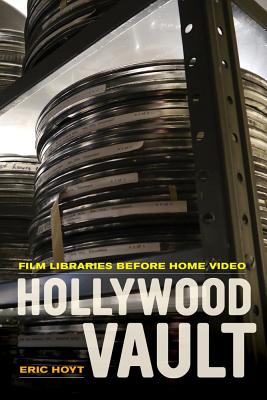 The history begins in the mid-1910s, when the star system and other developments enabled a market for old films that featured current stars. After the transition to films with sound, the reissue market declined but the studios used their libraries for the production of remakes and other derivatives. The turning point in the history of studio libraries occurred during the mid to late 1940s, when changes in American culture and an industry-wide recession convinced the studios to employ their libraries as profit centers through the use of theatrical reissues. In the 1950s, intermediary distributors used the growing market of television to harness libraries aggressively as foundations for cross-media expansion, a trend that continues today. By the late 1960s, the television marketplace and the exploitation of film libraries became so lucrative that they prompted conglomerates to acquire the studios.

The first book to discuss film libraries as an important and often underestimated part of Hollywood history, Hollywood Vault presents a fascinating trajectory that incorporates cultural, legal, and industrial history.

"While the book fills in a huge gap in the understanding of how the movie business has taken shape, it also, more importantly, offers insight into how film history was initially packaged for audiences in America and abroad. . . . Hollywood Vault offers lessons on the tension between studios' fixation on the bottom line and the afterlives of cinema history that would serve both concerned cinephiles and archivists well. . . .a badly needed history. "
— Film Quarterly

Eric Hoyt is Associate Professor of Media and Cultural Studies in the Department of Communication Arts at the University of Wisconsin-Madison and is Director of the Media History Digital Library. He designed, developed, and produced the MHDL’s search and visualization platform, Lantern, which received the 2014 Anne Friedberg Innovative Scholarship Award from the Society for Cinema & Media Studies.
Loading...
or support indie stores by buying on