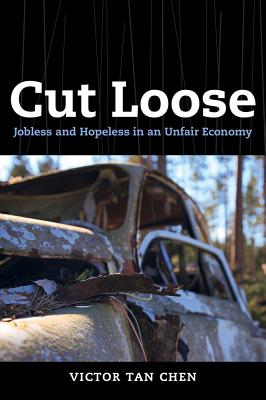 Jobless and Hopeless in an Unfair Economy

Years after the Great Recession, the economy is still weak, and an unprecedented number of workers have sunk into long spells of unemployment. Cut Loose provides a vivid and moving account of the experiences of some of these men and women, through the example of a historically important group: autoworkers. Their well-paid jobs on the assembly lines built a strong middle class in the decades after World War II. But today, they find themselves beleaguered in a changed economy of greater inequality and risk, one that favors the well-educated—or well-connected.

Their declining fortunes in recent decades tell us something about what the white-collar workforce should expect to see in the years ahead, as job-killing technologies and the shipping of work overseas take away even more good jobs.  Cut Loose offers a poignant look at how the long-term unemployed struggle in today’s unfair economy to support their families, rebuild their lives, and overcome the shame and self-blame they deal with on a daily basis. It is also a call to action—a blueprint for a new kind of politics, one that offers a measure of grace in a society of ruthless advancement.

Victor Tan Chen is Assistant Professor of Sociology at Virginia Commonwealth University and the founding editor of In the Fray magazine. He is the coauthor, with Katherine S. Newman, of The Missing Class: Portraits of the Near Poor in America.

Praise For Cut Loose: Jobless and Hopeless in an Unfair Economy…

"The book is full of accounts, many containing moving, first-person stories of the impact on individuals and families of difficult work. . . . Recomended."
— Choice

"Cut Loose is an illuminating look at the impacts of prolonged joblessness that accompanied economic restructuring for a group of long-term unemployed autoworkers in Michigan and Ontario in 2009–10."
— American Journal of Sociology