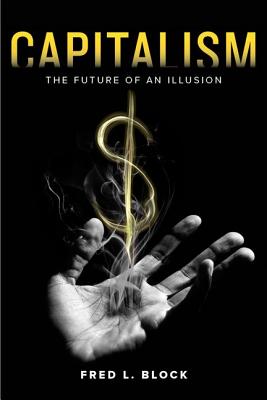 The Future of an Illusion

Virtually everyone—left, right, and center—believes that capitalist economies are autonomous, coherent, and regulated by their own internal laws. This view is an illusion. The reality is that economies organized around the pursuit of private profit are contradictory, incoherent, and heavily shaped by politics and governmental action. But the illusion remains hugely consequential because it has been embraced by political and economic elites who are convinced that they are powerless to change this system. The result is cycles of raised hopes followed by disappointment as elected officials discover they have no legitimate policy tools that can deliver what the public wants. In Capitalism, leading economic sociologist Fred L. Block argues that restoring the vitality of the United States and the world economy can be accomplished only with major reforms on the scale of the New Deal and the post–World War II building of new global institutions.

Fred L. Block is Research Professor of Sociology at the University of California, Davis. He is the coauthor, with Margaret Somers, of The Power of Market Fundamentalism.

Praise For Capitalism: The Future of an Illusion…

"[Block] rightly shows that, without government constraints, the rich and powerful shape capitalism to give themselves the advantage, undermining competition and exploiting others, eventually undermining the capitalist system itself."
— Times Literary Supplement

“This insightful analysis of capitalism places primary emphasis on the subtitle of the book."
— CHOICE

"Block's prose is sharp, unaffected, and devoid of cumbersome jargon and fastidious technicality. His informed, synthetic overviews of significant historical cases of successful economic development (e.g. nineteenth-century America) or more or less disastrous decline (e.g. 1990s Russia, and the gold standard regime) are true gems of crystal-clear and intelligent brevity. As such, his book should appeal to the educated public at large, well beyond the confines of academia alone."
— The European Legacy
or
Not Currently Available for Direct Purchase
Copyright © 2020 American Booksellers Association