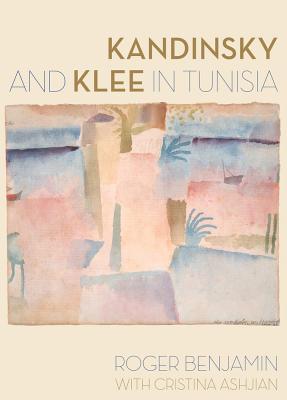 Kandinsky and Klee in Tunisia (Hardcover)

Paul Klee experienced his 1914 trip to Tunisia as a major breakthrough for his art: “Color and I are one,” he famously wrote. “I am a painter.” Kandinsky and Klee in Tunisia sets the scene for Klee’s breakthrough with a close study of the parallel voyage undertaken in 1904–5 by Wassily Kandinsky and Gabriele Münter, who would later become Klee's friends. This artist couple, then at an early stage in their celebrated careers, produced a rich body of painting and photography known only to specialists. Paul Klee’s 1914 trip with August Macke and Louis Moilliet, in contrast, is a vaunted convergence of cubism and the exotic. Roger Benjamin refigures these two seminal voyages in terms of colonial culture and politics, the fabric of ancient Tunisian cities, visual ethnography, and the tourist photograph. The book looks closely at the cities of Tunis, Sousse, Hammamet, and Kairouan to flesh out a profound confrontation between European high modernism and the wealth of Islamic lifeways and architecture. Kandinsky and Klee in Tunisia offers a new understanding of how the European avant-garde was formed in dialogue with cultural difference.

Roger Benjamin is Professor of Art History at the University of Sydney. His notable publications include the prize-winning Orientalist Aesthetics: Art, Colonialism, and French North Africa, 1880–1930. In 1995 he co-curated Matisse for the Queensland Art Gallery, and in 1997 his exhibition Orientalism: Delacroix to Klee was held at the Art Gallery of New South Wales. He is former Director of the Power Institute at the University of Sydney.

Cristina Ashjian is an independent scholar based in New England, where she is chair of the Moultonborough Heritage Commission. She earned her MA in the History of Art at the Courtauld Institute, London, and as German Chancellor Fellow at the University of Munich in 1995–96 she researched her doctoral dissertation, “Representing ‘scènes et types’: Wassily Kandinsky in Tunisia, 1904–1905.” She has collaborated on the research for Kandinsky and Klee in Tunisia.


Praise For Kandinsky and Klee in Tunisia…

"The sensitive exploration of the subject, the wide range of sources consulted, the fieldwork carried out, and Benjamin’s captivating and accessible writing make this book essential reading for anyone who wishes to gain a deeper understanding of the art inspired by these two journeys and of the experiences and cultural encounters provided for the artists concerned."
— MAURICE RUMMENS
or
Not Currently Available for Direct Purchase
Copyright © 2020 American Booksellers Association