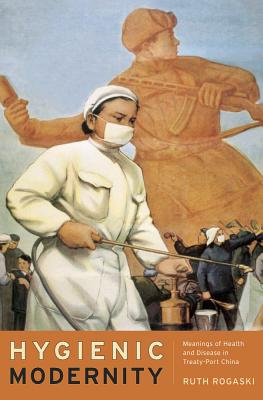 Placing meanings of health and disease at the center of modern Chinese consciousness, Ruth Rogaski reveals how hygiene became a crucial element in the formulation of Chinese modernity in the nineteenth and twentieth centuries. Rogaski focuses on multiple manifestations across time of a single Chinese concept, weisheng—which has been rendered into English as "hygiene," "sanitary," "health," or "public health"—as it emerged in the complex treaty-port environment of Tianjin. Before the late nineteenth century, weisheng was associated with diverse regimens of diet, meditation, and self-medication. Hygienic Modernity reveals how meanings of weisheng, with the arrival of violent imperialism, shifted from Chinese cosmology to encompass such ideas as national sovereignty, laboratory knowledge, the cleanliness of bodies, and the fitness of races: categories in which the Chinese were often deemed lacking by foreign observers and Chinese elites alike.

"By exploring both the transformations that took place in the understanding of weisheng [protecting life/vitality] and the changing nature of the lives of the people of Tianjin, Rogaski offers a nuanced picture of Chinese society during a century of tremendous upheaval. Hygienic Modernity is an important and fascinating book. It should be read by all scholars interested in the histories of modern China and Japan and by those investigating the development of public health in East Asia."
— Social History of Medicine

“Rogaski has written a splendid book, multilayered, harmonious in its narrative voice, both lucid and theoretically sophisticated, able to hold the attention of specialist and generalist alike. . . . In Rogaski’s hands ‘hygienic modernity’ turns out to be a brilliant thematic vehicle for talking about the transformation of a city in the twentieth century, able to link state projects, material culture, and everyday ways of living. Moreover, the clear prose and adroit examples make the book extremely readable, while the author’s sensitivity to alternative theoretical and interpretive possibilities sustains an intellectually complex framework.”
— Harvard Journal of Asiatic Studies

Ruth Rogaski is Associate Professor of History at Vanderbilt University.
Loading...
or support indie stores by buying on