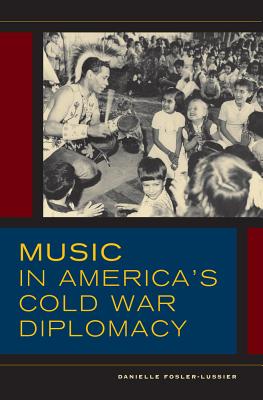 During the Cold War, thousands of musicians from the United States traveled the world, sponsored by the U.S. State Department’s Cultural Presentations program. Performances of music in many styles—classical, rock ’n’ roll, folk, blues, and jazz—competed with those by traveling Soviet and mainland Chinese artists, enhancing the prestige of American culture. These concerts offered audiences around the world evidence of America’s improving race relations, excellent musicianship, and generosity toward other peoples. Through personal contacts and the media, musical diplomacy also created subtle musical, social, and political relationships on a global scale. Although born of state-sponsored tours often conceived as propaganda ventures, these relationships were in themselves great diplomatic achievements and constituted the essence of America’s soft power. Using archival documents and newly collected oral histories, Danielle Fosler-Lussier shows that musical diplomacy had vastly different meanings for its various participants, including government officials, musicians, concert promoters, and audiences. Through the stories of musicians from Louis Armstrong and Marian Anderson to orchestras and college choirs, Fosler-Lussier deftly explores the value and consequences of “musical diplomacy.”

"The significant contribution of this book is in the complex way that Fosler-Lussier describes the effect of cultural diplomacy and public diplomacy—in terms of human relationships and cross-cultural exchange."
— Caitlin Schindler

"The author of this fascinating book, Danielle Fosler-Lussier, is one of the first musicologists to probe music’s role in cultural diplomacy, still a relatively new area of inquiry.... Readers will be regaled with a well-organized wealth of material that always makes a point."
— Transposition. Musique et sciences sociales

"Opens a number of intriguing avenues for future work... Students and scholars of music, of the Cold War, and of culture and politics will find that this book challenges them to think in new ways about their own research, and to consider the multi-dimensionality of the power that animates musical practice and consumption in the contemporary world."
— Notes