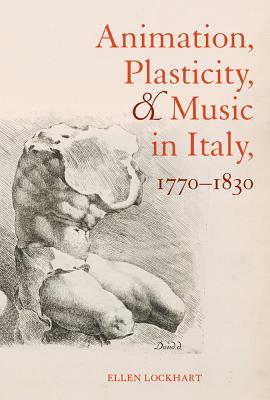 This path-breaking study of stage works in Italian musical performances reconsiders a crucial period of music history. Through an interdisciplinary examination of the statue animated by music, Ellen Lockhart deftly shows how Enlightenment ideas influenced Italian theater and music, and vice versa. As Lockhart reveals, the animated statue became a fundamental figure within aesthetic theory and musical practice during the years spanning 1770–1830. Taking as its point of departure a repertoire of Italian ballets, melodramas, and operas from this period, Animation, Plasticity, and Music in Italy traces its core ideas between science, philosophy, theories of language, itinerant performance traditions, the epistemology of sensing, and music criticism.

"As with any scholarship that treats its material with sensitivity and thoroughness, here the subject justifies itself and the reader is motivated to keep reading—both within the book and without. That, after all, is perhaps the highest praise one could offer any new work, particularly one that disentangles such a beautiful can of worms."
— European History Quarterly

"Deftly traversing a wide range of sources, Lockhart shows how the animated statue ties together a rich late eighteenth- and early nineteenth-century world of musical theater, aesthetic theory, nationhood fantasies, sciences of the body, and notions of self. . . . by the end, one is left wondering not what animation and plasticity have to do with music, nor in what respect late eighteenth- and early nineteenth-century Italy matters to broader music historical developments, but how we ever thought we could understand this period or the longer history of aesthetics without attending to the statue that comes to life. Like the ruin pictured on its cover, this work seems destined to endure.”
— Journal of the American Musicological Society

Ellen Lockhart is Assistant Professor of Musicology at the University of Toronto. She has coedited, with James Davies, Sound Knowledge: Music and Science in London, 1789–1851, and her critical edition of Puccini’s La Fanciulla del West is forthcoming.
Loading...
or support indie stores by buying on