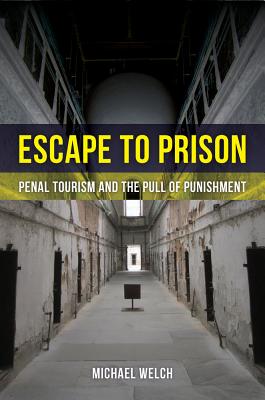 Penal Tourism and the Pull of Punishment

The resurrection of former prisons as museums has caught the attention of tourists along with scholars interested in studying what is known as dark tourism. Unsurprisingly, due to their grim subject matter, prison museums tend to invert the “Disneyland” experience, becoming the antithesis of “the happiest place on earth.” In Escape to Prison, the culmination of years of international research, noted criminologist Michael Welch explores ten prison museums on six continents, examining the complex interplay between culture and punishment. From Alcatraz to the Argentine Penitentiary, museums constructed on the former locations of surveillance, torture, colonial control, and even rehabilitation tell unique tales about the economic, political, religious, and scientific roots of each site’s historical relationship to punishment.

Praise For Escape to Prison: Penal Tourism and the Pull of Punishment…

"The book's importance lies in its contribution to dark tourism theory and its exploration of the human drive to gaze—not just at prisons, prisoners, and implements of punishment but also at the darkness of human suffering. . . . Recommended."
— R. Price

"Escape to Prison is a stimulating work ... It will be a particularly useful volume as we expand our cultural analyses of punishment."
— Punishment & Society

"An exemplary study of penal heritage... [provokes] harder questions about public complicity in the durability of the prison."
— British Journal of Criminology

"Michael Welch’s Escape to Prison brings a criminologist’s focus to prison museums and the roles they play in constructing cultural understandings of crime and punishment. [His] criminological perspectives provides new tools to explore the interplay of public memory and public policy, and imagine alternatives."
— American Quarterly

Michael Welch is Professor of Criminal Justice at Rutgers University and a Visiting Professor at Mannheim Centre for Criminology in the Department of Social Policy at the London School of Economics.
Loading...
or support indie stores by buying on