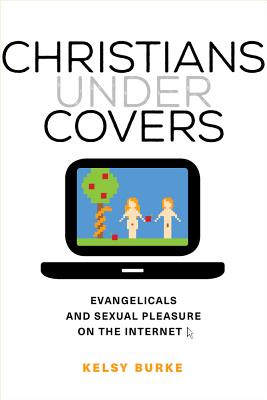 Evangelicals and Sexual Pleasure on the Internet

Christians under Covers shifts how scholars and popular media talk about religious conservatives and sex. Moving away from debates over homosexuality, premarital sex, and other perceived sexual sins, Kelsy Burke examines Christian sexuality websites to show how some evangelical Christians use digital media to promote the idea that God wants married, heterosexual couples to have satisfying sex lives. These evangelicals maintain their religious beliefs while incorporating feminist and queer language into their talk of sexuality—encouraging sexual knowledge, emphasizing women’s pleasure, and justifying marginal sexual practices within Christian marriages. This illuminating ethnography complicates the boundaries between normal and subversive, empowered and oppressed, and sacred and profane.

Praise For Christians under Covers: Evangelicals and Sexual Pleasure on the Internet…

"Burke has constructed an artfully crafted and instructive text that extends sexual work in the sociology of religion, documents the complexity of contemporary religious-sexual relations, and provides a useful example of integrating sexual, gender, and religious sociologies in practice."
— American Journal of Sociology

"Excellent... Christians under Covers highlights the key role of religion in the historical and social construction of heterosexuality, a crucial intervention in the critical study of heterosexuality and a path-breaking contribution to scholarship on American Evangelicalism. It is also a remarkably well-written book."
— Sociology of Religion

"A modern flagship of the academic study of religion and sexual culture. ... A ‘win-win’ in both content and methodology."
— Sage’s Sexualities

"Kelsy Burke tells us something about how the Internet works as a social space and about how self-identified Christians police their own sexuality."
— Theology and Sexuality

Kelsy Burke is Assistant Professor of Sociology at University of Nebraska - Lincoln.
Loading...
or support indie stores by buying on