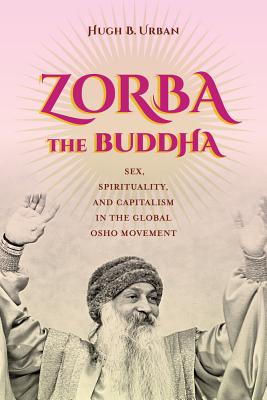 Sex, Spirituality, and Capitalism in the Global Osho Movement

Zorba the Buddha is the first comprehensive study of the life, teachings, and following of the controversial Indian guru known in his youth as Bhagwan Shree Rajneesh and in his later years as Osho (1931–1990). Most Americans today remember him only as the “sex guru” and the “Rolls Royce guru,” who built a hugely successful but scandal-ridden utopian community in central Oregon during the 1980s. Yet Osho was arguably the first truly global guru of the twentieth century, creating a large transnational movement that traced a complex global circuit from post-Independence India of the 1960s to Reagan’s America of the 1980s and back to a developing new India in the 1990s. The Osho movement embodies some of the most important economic and spiritual currents of the past forty years, emerging and adapting within an increasingly interconnected and conflicted late-capitalist world order. Based on extensive ethnographic and archival research, Hugh Urban has created a rich and powerful narrative that is a must-read for anyone interested in religion and globalization.

Praise For Zorba the Buddha: Sex, Spirituality, and Capitalism in the Global Osho Movement…

“This book is a must. . . . Smoothly written and accessible, without bias.”
— OshoNews

"Anyone hoping to dispel the myth that religious studies is boring will find ample support in this book. The blend of scholarly insights, deeply-felt experiences, and a story worthy of a Hollywood movie, make Zorba the Buddha hard to resist."
— Nova Religio

"A tour de force; it is marked by great scholarly research and is written with nimble and eloquent prose."
— Journal of the History of Sexuality

“. . . engrossing . . . it makes a strong case that the Osho movement at its best has been a ‘postnational sodality’—prefiguring in many ways the kind of global subcultures that have gathered around other spiritual leaders, film stars, and pop music idols in the years since—while also being at its worst violent and totalistic.”

"Urban convincingly limns a picture of a religious manifestation inhaling the spirit of neoliberalism, an embodiment of “re-enchanted capitalism” found across the religious panorama in the twenty-first century. ... This is eminently important scholarship."
— Religious Studies Review

Hugh B. Urban is Professor in the Department of Comparative Studies at Ohio State University, where he studies comparative religion, religions of South Asia, and new religious movements.
Loading...
or support indie stores by buying on