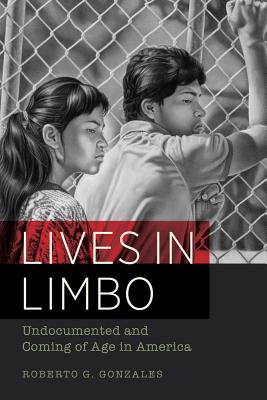 Undocumented and Coming of Age in America

“My world seems upside down. I have grown up but I feel like I’m moving backward. And I can’t do anything about it.” –Esperanza

Over two million of the nation’s eleven million undocumented immigrants have lived in the United States since childhood. Due to a broken immigration system, they grow up to uncertain futures. In Lives in Limbo, Roberto G. Gonzales introduces us to two groups: the college-goers, like Ricardo, who had good grades and a strong network of community support that propelled him to college and DREAM Act organizing but still landed in a factory job a few short years after graduation, and the early-exiters, like Gabriel, who failed to make meaningful connections in high school and started navigating dead-end jobs, immigration checkpoints, and a world narrowly circumscribed by legal limitations. This vivid ethnography explores why highly educated undocumented youth share similar work and life outcomes with their less-educated peers, despite the fact that higher education is touted as the path to integration and success in America. Mining the results of an extraordinary twelve-year study that followed 150 undocumented young adults in Los Angeles, Lives in Limbo exposes the failures of a system that integrates children into K-12 schools but ultimately denies them the rewards of their labor.

Roberto G. Gonzales is Professor of Education at Harvard University Graduate School of Education. His work has been featured in such social science journals as the American Sociological Review and Current Anthropology, as well as in the New York Times, Washington Post, Los Angeles Times, Wall Street Journal, Time magazine, U.S. News & World Report, and Chronicle of Higher Education.


Praise For Lives in Limbo: Undocumented and Coming of Age in America…

"Based on an impressive ethnographic study carried out over twelve years, the book brings to light the rich and detailed voices and experiences of the 1.5 generation."
— NACLA: Report on the Americas

"A must-read... This book is a critical addition to blossoming research on the undocumented 1.5-generation."
— City & Society

"This book expertly sheds light on the US governments’ failure to devise effective and ethical immigration policies. . . . Through the narratives of young, undocumented adults, Gonzales addresses the burden of their illegality and aims to affirm not only the need to consider their status but also the need for the government to implement legislation that will allow them to participate in society."
— Journal of Youth and Adolescence
or support indie stores by buying on
Copyright © 2020 American Booksellers Association