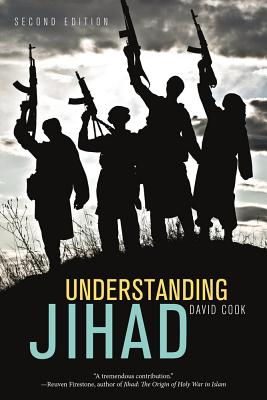 First published in 2005, Understanding Jihad unravels the tangled historical, intellectual, and political meanings of jihad within the context of Islamic life. In this revised and expanded second edition, author David Cook has included new material in light of pivotal developments such as the extraordinary events of the Arab Spring, the death of Usama b. Ladin, and the rise of new Islamic factions such as ISIS.

Jihad is one of the most loaded and misunderstood terms in the news today. Contrary to popular understanding, the term does not mean "holy war." Nor does it simply refer to an inner spiritual struggle. This judiciously balanced, accessibly written, and highly relevant book looks closely at a range of sources from sacred Islamic texts to modern interpretations, opening a critically important perspective on the role of Islam in the contemporary world.

David Cook cites from scriptural, legal, and newly translated texts to give readers insight into the often ambiguous information that is used to construct Islamic doctrine. He sheds light on legal developments relevant to fighting and warfare and places the internal, spiritual jihad within the larger context of Islamic religion. He describes some of the conflicts that occur in radical groups and shows how the more mainstream supporters of these groups have come to understand and justify violence. He has also included a special appendix of relevant documents including materials related to the September 11 attacks and published manifestos issued by Usama b. Ladin and Palestinian suicide-martyrs.

"A worthwhile resource on the examination of the meaning of jihad."
— Marine Corps University Press

David Cook is Associate Professor of Religion at Rice University. He is the author of Contemporary Muslim Apocalyptic Literature.