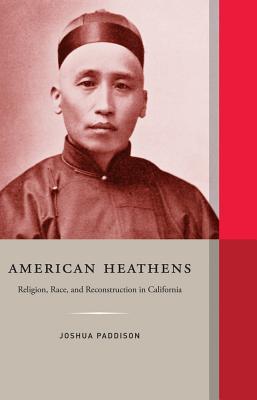 In the 19th-century debate over whether the United States should be an explicitly Christian nation, California emerged as a central battleground. Racial groups that were perceived as godless and uncivilized were excluded from suffrage, and evangelism among Indians and the Chinese was seen as a politically incendiary act. Joshua Paddison sheds light on Reconstruction’s impact on Indians and Asian Americans by illustrating how marginalized groups fought for a political voice, refuting racist assumptions with their lives, words, and faith. Reconstruction, he argues, was not merely a remaking of the South, but rather a multiracial and multiregional process of reimagining the nation.

Joshua Paddison is an American Council of Learned Societies New Faculty Fellow in the American Studies Program and the Department of Religious Studies at Indiana University.
Loading...
or support indie stores by buying on