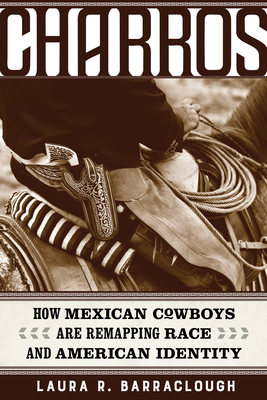 In the American imagination, no figure is more central to national identity and the nation’s origin story than the cowboy. Yet the Americans and Europeans who settled the U.S. West learned virtually everything they knew about ranching from the indigenous and Mexican horsemen who already inhabited the region. The charro—a skilled, elite, and landowning horseman—was an especially powerful symbol of Mexican masculinity and nationalism. After the 1930s, Mexican Americans in cities across the U.S. West embraced the figure as a way to challenge their segregation, exploitation, and marginalization from core narratives of American identity. In this definitive history, Laura R. Barraclough shows how Mexican Americans have used the charro in the service of civil rights, cultural citizenship, and place-making. Focusing on a range of U.S. cities, Charros traces the evolution of the “original cowboy” through mixed triumphs and hostile backlashes, revealing him to be a crucial agent in the production of U.S., Mexican, and border cultures, as well as a guiding force for Mexican American identity and social movements.

Laura R. Barraclough is the Sarai Ribicoff Associate Professor of American Studies at Yale University. She is the author of Making the San Fernando Valley: Rural Landscapes, Urban Development, and White Privilege and coauthor of A People’s Guide to Los Angeles.

"This innovative book . . . presents a particularly insightful intervention into [the debate over American national identity]."
— Journal of Historical Geography
or support indie stores by buying on
Copyright © 2020 American Booksellers Association