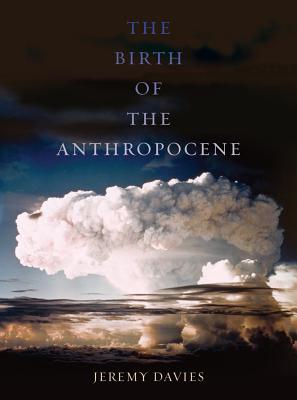 The Birth of the Anthropocene

The world faces an environmental crisis unprecedented in human history. Carbon dioxide levels have reached heights not seen for three million years, and the greatest mass extinction since the time of the dinosaurs appears to be underway. Such far-reaching changes suggest something remarkable: the beginning of a new geological epoch. It has been called the Anthropocene. The Birth of the Anthropocene shows how this epochal transformation puts the deep history of the planet at the heart of contemporary environmental politics. By opening a window onto geological time, the idea of the Anthropocene changes our understanding of present-day environmental destruction and injustice. Linking new developments in earth science to the insights of world historians, Jeremy Davies shows that as the Anthropocene epoch begins, politics and geology have become inextricably entwined.

Praise For The Birth of the Anthropocene…

"I can’t recall another book that positions the present global crisis in Earth’s deep history so well, in a form that can be readily understood by non-specialists. Every ecosocialist should read it."
— Climate and Capitalism

"The first book you would want to read to find out the origins, philosophies, and debate surrounding the 'Anthropocene'. . . . A fascinating tour of natural history."
— Capitalism Nature Socialism

"Elegant and concise . . . alert to the new relationship that needs to be forged between culture and climate change.”
— Times Literary Supplement

“Jeremy Davies' concise, erudite and highly-engaging book, The Birth of the Anthropocene, will, I am sure, soon be regarded as one of the best introductions to this new and rapidly evolving field. All [readers] will certainly appreciate Davies' knack for making the complex comprehendible and the daunting manageable.”
— Andrew Peterson

"A modest book of giant ambition... Davies’ work takes us on a much deeper dive into the history of the Earth itself."
— The Quarterly Review of Biology

"Perhaps the best guide so far to the different senses and timeframes attached to the term [Anthropocene].”
— London Review of Books

"An excellent commentary, which will serve both committed scholars and early undergraduates equally well . . . Davies’ most impressive accomplishment in this book is his ability to ease readers into the key contemporary debates."
— Journal of Interdisciplinary History

"This lucid and well-argued book stands out for the detailed seriousness and scholarship with which, against all the looser appropriations of the term now current, it considers the meaning of ‘the Anthropocene’."
— Green Letters: Studies in Ecocriticism

"The Birth of the Anthropocene is a sweeping and ambitious positioning of our current place in the Earth’s long history. . . . Davies’ method of periodization carries him through to a new and persuasive way of thinking about the Anthropocene."
— Journal of World History

Jeremy Davies teaches in the School of English at the University of Leeds.
Loading...
or support indie stores by buying on