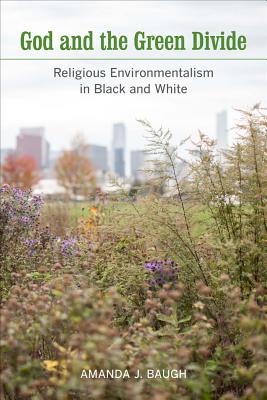 God and the Green Divide

Religious Environmentalism in Black and White

American environmentalism historically has been associated with the interests of white elites. Yet religious leaders in the twenty-first century have helped instill concern about the earth among groups diverse in religion, race, ethnicity, and class. How did that happen and what are the implications? Building on scholarship that provides theological and ethical resources to support the “greening” of religion, God and the Green Divide examines religious environmentalism as it actually happens in the daily lives of urban Americans. Baugh demonstrates how complex dynamics related to race, ethnicity, and class factor into decisions to “go green.” By carefully examining negotiations of racial and ethnic identities as central to the history of religious environmentalism, this work complicates assumptions that religious environmentalism is a direct expression of theology, ethics, or religious beliefs.

Praise For God and the Green Divide: Religious Environmentalism in Black and White…

"Baugh demonstrates the power of first-rate ethnography.... [she] navigate[s] Chicago’s turbulent terrain of race relations with great skill and produce[s] an important study that significantly advances our understanding of religious environmentalism."
— Journal of the American Academy of Religion

"Through participant observation and ethnographic interviews, Baugh is able to make a meaningful intervention into discussions of religion and ecology by reflecting on the role of earth stewardship in the context of lived experience."
— Journal of American Culture

"Baugh’s work is both timely and fascinating. Others in the field of religion and ecology would do well to follow her research. Baugh looks at how practices have shaped religion rather than analyzing how green religious ideology could or should be implemented. An ethnographic approach here is helpful, especially through Baugh’s analytic that investigates how various religious qualities are integrated into environmental social practices rather than replace traditional faith."
— Worldviews: Global Religions, Culture, and Ecology

"Carefully researched and refreshingly jargon-free, God and the Green Divide is a welcome addition to ethnographies of religious environmentalism in the United States."
— Journal for the Study of Religion, Nature and Culture

Amanda J. Baugh is Assistant Professor of Religion and Environment at California State University, Northridge.
Loading...
or support indie stores by buying on