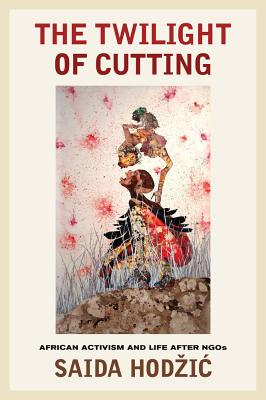 The Twilight of Cutting

African Activism and Life after NGOs

The last three decades have witnessed a proliferation of nongovernmental organizations engaging in new campaigns to end the practice of female genital cutting across Africa. These campaigns have in turn spurred new institutions, discourses, and political projects, bringing about unexpected social transformations, both intended and unintended. Consequently, cutting is waning across the continent. At the same time, these endings are misrecognized and disavowed by public and scholarly discourses across the political spectrum.

What does it mean to say that while cutting is ending, the Western discourse surrounding it is on the rise? And what kind of a feminist anthropology is needed in such a moment? The Twilight of Cutting examines these and other questions from the vantage point of Ghanaian feminist and reproductive health NGOs that have organized campaigns against cutting for over thirty years. The book looks at these NGOs not as solutions but as sites of “problematization.” The purpose of understanding these Ghanaian campaigns, their transnational and regional encounters, and the forms of governmentality they produce is not to charge them with providing answers to the question, how do we end cutting? Instead, it is to account for their work, their historicity, the life worlds and subjectivities they engender, and the modes of reflection, imminent critique, and opposition they set in motion.


Praise For The Twilight of Cutting: African Activism and Life after NGOs…

"This rich ethnography has much to say about civil society and feminist problems in a 21st century postcolonial nation."
— Somatosphere

"This book is a gem for it offers insights into issues of interest to a wide range of scholars such as development specialists, anthropologists, Africanist scholars and feminists."
— African Review of Economics

"Hodžic´’s ethnography compellingly reveals the ways in which FGM as a discursive concept remains active in the wake of the ending of genital cutting practices."
— Africa: The Journal of the International African Institute

"Readers can expect a brilliant feminist critique of the 'problematisation' of female genital cutting."
— Journal of Modern African Studies

"A timely contribution to pan-African scholarship."
— Wagadu: A Journal of Transnational Women’s and Gender Studies

Saida Hodžic is Assistant Professor of Anthropology and Feminist, Gender, and Sexuality Studies at Cornell University.