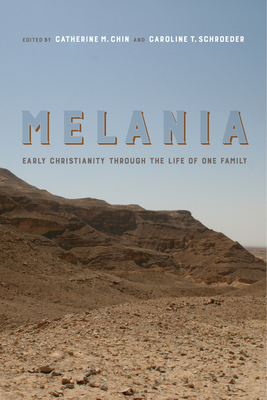 Melania the Elder and her granddaughter Melania the Younger were major figures in early Christian history, using their wealth, status, and forceful personalities to shape the development of nearly every aspect of the religion we now know as Christianity. This volume examines their influence on late antique  Christianity and provides an insightful portrait of their legacies in the modern world. Departing from the traditionally patriarchal view, Melania gives a poignant and sometimes surprising account of how the rise of Christian institutions in the Roman Empire shaped our understanding of women’s roles in the larger world.

Praise For Melania: Early Christianity through the Life of One Family (Christianity in Late Antiquity #3)…

"The decision to zero in on the two Melanias produces obvious benefits: the interlocking papers build to a sort of ‘thick description’ of late fourth- and early fifth-century Christianity, and recent analytical approaches to its study . . . this book would make an excellent companion for a special subject or graduate course on asceticism in late antiquity. "
— Bryn Mawr Classical Review

"Diversity of thought is the chief value in this collection. From spacial syntax to gender theory, this collection provides examples of new methods of research that emerged after 'The Lady Vanishes.' . . . This book [is] suitable for advanced graduate students and specialists in Late Antiquity and Christianity, particularly those which focus on sexuality and gender."
— Classical Journal

"Readers can be grateful to the editors and authors who have produced a wide-ranging contribution to the 'Melania revival.' "
— Anglican and Episcopal History

"Although one does not expect that a volume of essays will necessarily be coherent, this collection succeeds, and is both a richly varied scholarly study and a pedagogical aid to rethinking what a cultural biography might be."
— Journal of Ecclesiastical History

"Melania is a great addition to the field of early Christian studies."

Catherine M. Chin is Associate Professor of Classics at the University of California, Davis and author of Grammar and Christianity in the Late Roman World.

Caroline T. Schroeder is Professor of Religious Studies at the University of the Pacific and author of Monastic Bodies: Discipline and Salvation in Shenoute of Atripe.