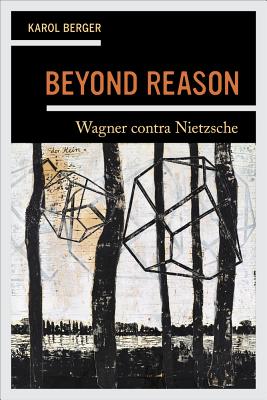 Beyond Reason relates Wagner’s works to the philosophical and cultural ideas of his time, centering on the four music dramas he created in the second half of his career: Der Ring des Nibelungen, Tristan und Isolde, Die Meistersinger von Nürnberg, and Parsifal. Karol Berger seeks to penetrate the “secret” of large-scale form in Wagner’s music dramas and to answer those critics, most prominently Nietzsche, who condemned Wagner for his putative inability to weld small expressive gestures into larger wholes. Organized by individual opera, this is essential reading for both musicologists and Wagner experts.

Karol Berger is the Osgood Hooker Professor in Fine Arts, Department of Music, Stanford University. His award-winning books include Musica Ficta; A Theory of Art; and Bach’s Cycle, Mozart’s Arrow.

"The author develops his new interpretative perspective with so much mastery and such highly reflective circumspection that he is sure to convince even some inveterate Nietzscheans. ... Karol Berger has written a great and momentous book, and only now the work begins. What more could one wish from the contemporary Wagner research?"
— Wagnerspectrum

"This is an exceptionally clear and accessible book on topics on which it is traditionally difficult to be clear and accessible: the origin, genesis, and nature of Wagner's achievement in his ‘music dramas’, and the evaluation of these dramas in terms of their impact on German culture from a philosophical point of view. . . .Musicologists will have a feast with this work, as Berger surprisingly shows the origin of Wagner's musical forms in Italian operatic models, and also shows how superficial and incorrect was Nietzsche's later, spiteful criticism of his former master and idol. . ."
— The Heythrop Journal

“… it is the textual-critical in­terpretation of Wagner’s works that is most satisfying in Beyond Reason. Berger’s freshly imagined and vividly expounded narratives have most in common with such apprecia­tive readings, of a predominantly literary character, as those published in recent years by Richard H. Bell, Paul Dawson-Bowling and Roger Scruton….Berger deploys his chosen terminology with confidence, and argues for his interpretations with eloquence and unflagging commitment.”
— The Wagner Journal
or support indie stores by buying on
Copyright © 2020 American Booksellers Association