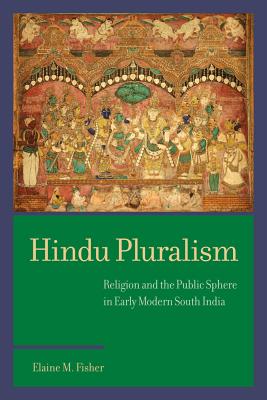 In Hindu Pluralism, Elaine M. Fisher complicates the traditional scholarly narrative of the unification of Hinduism. By calling into question the colonial categories implicit in the term “sectarianism,” Fisher’s work excavates the pluralistic textures of precolonial Hinduism in the centuries prior to British intervention. Drawing on previously unpublished sources in Sanskrit, Tamil, and Telugu, Fisher argues that the performance of plural religious identities in public space in Indian early modernity paved the way for the emergence of a distinctively non-Western form of religious pluralism. This work provides a critical resource for understanding how Hinduism developed in the early modern period, a crucial era that set the tenor for religion's role in public life in India through the present day.


Praise For Hindu Pluralism: Religion and the Public Sphere in Early Modern South India (South Asia Across the Disciplines)…

"A clearly written and outstanding study of early modern India. Fisher’s exploration of the relationship between the political and the religious is informative and stimulating. "
— Reading Religion

Elaine M. Fisher is a Fulbright-Nehru Postdoctoral Fellow at the University of Mysore. Starting in the fall of 2017 she will be Assistant Professor in the Department of Religious Studies at Stanford University.
Loading...
or support indie stores by buying on