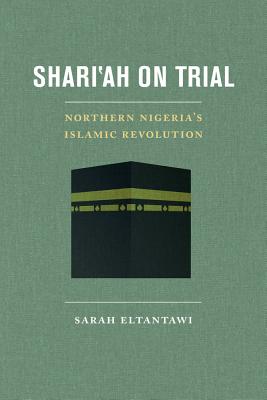 In November of 1999, Nigerians took to the streets demanding the re-implementation of shari'ah law in their country. Two years later, many Nigerians supported the death sentence by stoning of a peasant woman for alleged sexual misconduct. Public outcry in the West was met with assurances to the Western public: stoning is not a part of Islam; stoning happens "only in Africa"; reports of stoning are exaggerated by Western sensationalism. However, none of these statements are true.
Shari'ah on Trial goes beyond journalistic headlines and liberal pieties to give a powerful account of how Northern Nigerians reached a point of such desperation that they demanded the return of the strictest possible shari'ah law. Sarah Eltantawi analyzes changing conceptions of Islamic theology and practice as well as Muslim and British interactions dating back to the colonial period to explain the resurgence of shari'ah, with implications for Muslim-majority countries around the world.

"Sarah Eltantawi offers a dazzlingly nuanced and lucid account of the past and present of the stoning punishment in Northern Nigeria. Effortlessly moving between pre-modern and contemporary archives and contexts, Eltantawi traces the shifting meanings and political projects that have been invested into the stoning punishment over time. Historically grounded, theoretically exciting, and lucidly composed, this book is sure to spark important conversations and debates in multiple fields."
— New Books in Religion Network

"Eltantawi’s scholarship is evident through her meticulous use of sources and historical detail. However, there is another strength in her work that deserves attention—her vignettes of Nigerian life. Not only do these interludes provide necessary context, they are evidence of Eltantawi’s intimate knowledge of Nigeria, her careful analysis, and her respect for the subject."
— Reading Religion

Sarah Eltantawi is Assistant Professor of Comparative Religion at Evergreen State College and an analyst of the Muslim-majority world on major media outlets.
Loading...
or support indie stores by buying on