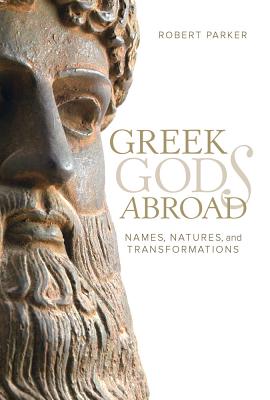 From even before the time of Alexander the Great, the Greek gods spread throughout the Mediterranean, carried by settlers and largely adopted by the indigenous populations. By the third century b.c., gods bearing Greek names were worshipped everywhere from Spain to Afghanistan, with the resulting religious systems a variable blend of Greek and indigenous elements. Greek Gods Abroad examines the interaction between Greek religion and the cultures of the eastern Mediterranean with which it came into contact. Robert Parker shows how Greek conventions for naming gods were extended and adapted and provides bold new insights into religious and psychological values across the Mediterranean. The result is a rich portrait of ancient polytheism as it was practiced over 600 years of history.

Robert Parker is Wykeham Professor of Ancient History at the University of Oxford. He is the author of Miasma: Pollution and Purification in Early Greek Religion, Athenian Religion: A History, Polytheism and Society in Athens, and On Greek Religion.

". . . offers a wide-ranging discussion of the processes by which the Greeks identified their gods with those of other people."
— Times Literary Supplement

"Parker [shows] the malleability of the ways in which humans use language and structure their ideas. Parker brilliantly analyses that malleability and also its limits, and in so doing he helps us to understand the ancients and ourselves."
— Bryn Mawr Classical Review
or
Not Currently Available for Direct Purchase
Copyright © 2020 American Booksellers Association