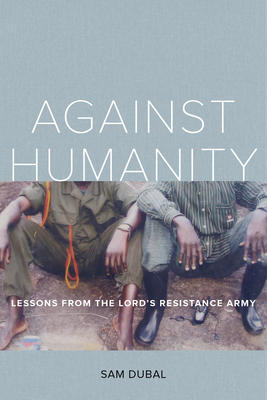 Lessons from the Lord's Resistance Army

“Gunya is a woman in her late twenties. Soldiers of the Lord’s Resistance Army (LRA) abducted her when she was eleven years old and forcefully conscripted her into the rebel ranks. Gunya spent a little over a decade with the rebels before deserting. While there, she gave birth to a son with Onen, an LRA soldier. Though abducted, she expresses her continued support for the LRA and their tactics, admitting that she sometimes thinks of going back to the lum [bush] when life becomes hard as a civilian at home.”

This is not a book about crimes against humanity. Rather, it is an indictment of the very idea of humanity, the concept that lies at the heart of human rights and humanitarian missions.

Based on fieldwork in northern Uganda, anthropologist and medical doctor Sam Dubal brings readers into the inner circle of the Lord’s Resistance Army, an insurgent group accused of rape, forced conscription of children, and inhumane acts of violence. Dubal speaks with former LRA rebels as they find personal meaning in wartime violence, politics, and spirituality—experiences that observers often place outside of humanity’s boundaries. What emerges is an unorthodox and provocative question: What would it mean to be truly against humanity? And how does one honor life existing outside hegemonic notions of the good?

Sam Dubal is a medical anthropologist and a surgical resident at Harbor-UCLA Medical Center.
Loading...
or support indie stores by buying on