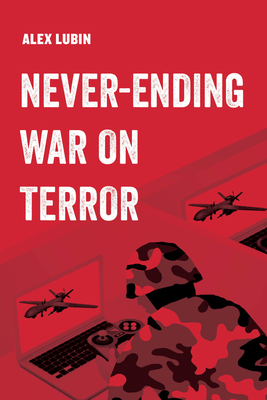 Critical Histories of the Present #13)

An entire generation of young adults has never known an America without the War on Terror. This book contends with the pervasive effects of post-9/11 policy and myth-making in every corner of American life. Never-Ending War on Terror is organized around five keywords that have come to define the cultural and political moment: homeland, security, privacy, torture, and drone. Alex Lubin synthesizes nearly two decades of United States war-making against terrorism by asking how the War on Terror has changed American politics and society, and how the War on Terror draws on historical myths about American national and imperial identity. From the PATRIOT Act to the hit show Homeland, from Edward Snowden to Guantanamo Bay, and from 9/11 memorials to Trumpism, this succinct book connects America's political economy and international relations to our contemporary culture at every turn.

Alex Lubin is Professor of African American Studies at Penn State University, where he studies the transnational history of the African Diaspora in the Middle East/North Africa. He is the author of Geographies of Liberation: The Making of an Afro-Arab Political Imaginary.
Loading...
or
Not Currently Available for Direct Purchase