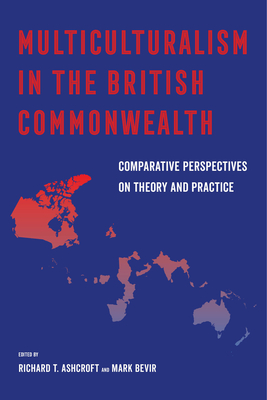 Multiculturalism in the British Commonwealth

Comparative Perspectives on Theory and Practice

Multiculturalism as a distinct form of liberal-democratic governance gained widespread acceptance after World War II, but in recent years this consensus has been fractured. Multiculturalism in the British Commonwealth examines cultural diversity across the postwar Commonwealth, situating modern multiculturalism in its national, international, and historical contexts. Bringing together practitioners from across the humanities and social sciences to explore the legal, political, and philosophical issues involved, these essays address common questions: What is postwar multiculturalism? Why did it come about? How have social actors responded to it? In addition to chapters on Australia, Britain, Canada, and New Zealand, this volume also covers India, Malaysia, Nigeria, Singapore, and Trinidad, tracing the historical roots of contemporary dilemmas back to the intertwined legacies of imperialism and liberalism. In so doing it demonstrates that multiculturalism has implications that stretch far beyond its current formulations in public and academic discourse.

Praise For Multiculturalism in the British Commonwealth: Comparative Perspectives on Theory and Practice…

"The book is extremely ambitious, in terms of both perspectives and geographical scope – and it does well on each. I believe it will be very useful to scholars and students in the field, and can therefore recommend it wholeheartedly."
— Journal of Multilingual and Multicultural Development

Richard T. Ashcroft is a Lecturer in the Department of Political Science and in the International and Area Studies Program at the University of California, Berkeley. His research has been published in the Critical Review of International Social and Political Philosophy and The Political Quarterly.