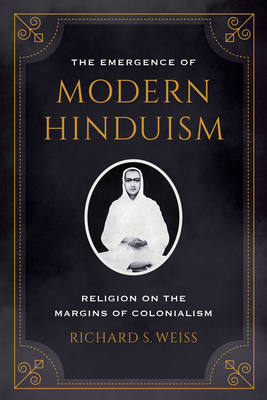 The Emergence of Modern Hinduism

Religion on the Margins of Colonialism

The Emergence of Modern Hinduism argues for the importance of regional, vernacular innovation in processes of Hindu modernization. Scholars usually trace the emergence of modern Hinduism to cosmopolitan reform movements, producing accounts that overemphasize the centrality of elite religion and the influence of Western ideas and models. In this study, the author considers religious change on the margins of colonialism by looking at an important local figure, the Tamil Shaiva poet and mystic Ramalinga Swami (1823–1874). Weiss narrates a history of Hindu modernization that demonstrates the transformative role of Hindu ideas, models, and institutions, making this text essential for scholarly audiences of South Asian history, religious studies, Hindu studies, and South Asian studies.

Praise For The Emergence of Modern Hinduism: Religion on the Margins of Colonialism…

"This excellent book argues succinctly and convincingly for the importance of recognising regional, vernacular forms of innovation in processes of Hindu modernisation in colonial South Asia."
— South Asia Research

"[A] scrupulously researched and textually rich book. . . . Weiss issues a vital corrective admonishing the field of Hindu studies to catch up to current scholarship on religion and globalization and to discard its latent orientalism."
— Nova Religio

"This outstanding book is a must- read for all scholars of South Asian and Hindu Studies."

Richard Weiss is Associate Professor of South Asian Religions at the Victoria University of Wellington. He is author of Recipes for Immortality: Medicine, Religion, and Community in South India.