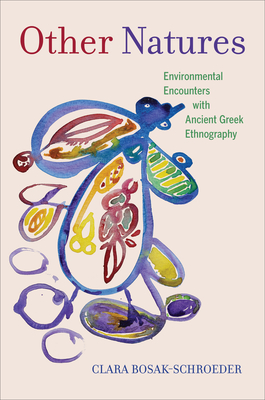 Ancient Greek ethnographies—descriptions of other peoples—provide unique resources for understanding ancient environmental thought and assumptions, as well as anxieties, about how humans relate to nature as a whole. In Other Natures, Clara Bosak-Schroeder examines the works of seminal authors such as Herodotus and Diodorus Siculus to persuasively demonstrate how non-Greek communities affected and were in turn deeply affected by their local animals, plants, climate, and landscape. She shows that these authors used ethnographies of non-Greek peoples to explore, question, and challenge how Greeks ate, procreated, nurtured, collaborated, accumulated, and consumed. In recuperating this important strain of ancient thought, Bosak-Schroeder makes it newly relevant to vital questions and ideas being posed in the environmental humanities today, arguing that human life and well-being are inextricable from the life and well-being of the nonhuman world. By turning to such ancient ethnographies, we can uncover important models for confronting environmental crisis.


Praise For Other Natures: Environmental Encounters with Ancient Greek Ethnography…

"Ancient ethnographies, [Bosak-Schroeder] says, can help people 'confront environmental degradation and transform their own relationships to other species.'"
— Nature

"Anyone working on ancient ethnography or trying to interpret particular ethnographic accounts will want to read Other Natures for the light it sheds on those scholarly problems. Others will want to read it too, for the innovative model it presents of using modern ecological concerns to reinterpret ancient evidence."
— Bryn Mawr Classical Review

Clara Bosak-Schroeder is Assistant Professor of Classics at the University of Illinois at Urbana-Champaign.
Loading...
or support indie stores by buying on