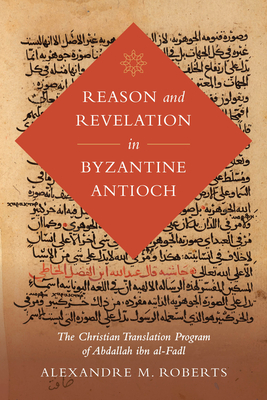 Reason and Revelation in Byzantine Antioch

What happened to ancient Greek thought after Antiquity? What impact did Abrahamic religions have on medieval Byzantine and Islamic scholars who adapted and reinvigorated this ancient philosophical heritage? Reason and Revelation in Byzantine Antioch tackles these questions by examining the work of the eleventh-century Christian theologian Abdallah ibn al-Fadl, who undertook an ambitious program of translating Greek texts, ancient and contemporary, into Arabic. Poised between the Byzantine Empire that controlled his home city of Antioch and the Arabic-speaking cultural universe of Syria-Palestine, Egypt, Aleppo, and Iraq, Ibn al-Fadl engaged intensely with both Greek and Arabic philosophy, science, and literary culture. Challenging the common narrative that treats Christian and Muslim scholars in almost total isolation from each other in the Middle Ages, Alexandre M. Roberts reveals a shared culture of robust intellectual curiosity in the service of tradition that has had a lasting role in Eurasian intellectual history.

Alexandre M. Roberts teaches in the Department of Classics at the University of Southern California.
Loading...
or support indie stores by buying on