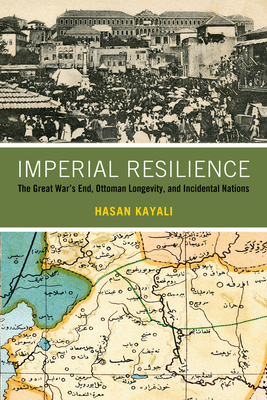 Imperial Resilience tells the story of the enduring Ottoman landscape of the modern Middle East's formative years from the end of the First World War in 1918 to the conclusion of the peace settlement for the empire in 1923. Hasan Kayali moves beyond both the well-known role that the First World War's victors played in reshaping the region's map and institutions and the strains of ethnonationalism in the empire's "Long War." Instead, Kayali crucially uncovers local actors' searches for geopolitical solutions and concomitant collective identities based on Islamic commonality. Instead of the certainties of the nation-states that emerged in the wake of the belated peace treaty of 1923, we see how the Ottoman Empire remained central in the mindset of leaders and popular groups, with long-lasting consequences.

Hasan Kayalı is the author of Arabs and Young Turks and is Professor of History at the University of California, San Diego.
Loading...
or support indie stores by buying on