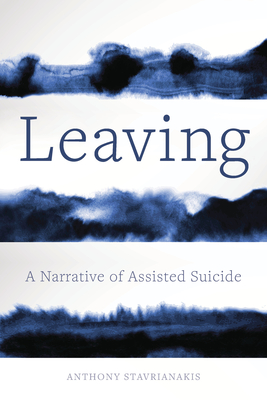 A Narrative of Assisted Suicide

The first book length anthropological study of voluntary assisted dying in Switzerland, Leaving is a narrative account of five people who ended their lives with assistance. Stavrianakis places his observations of the judgment to end life in this way within a larger inquiry about how to approach and understand the practice of assisted suicide, which he characterizes as operating in a political, legal, and medical “parazone,” adjacent to medical care and expertise. Frequently, observers too rapidly integrate assisted suicide into moral positions that reflect sociological and psychological commonplaces about individual choice and its social determinants. Leaving engages with core early twentieth-century psychoanalytic and sociological texts arguing for a contemporary approach to the phenomenon of voluntary death, seeking to learn from such conceptual repertoires, as well as to acknowledge their limits. Leaving concludes on the anthropological question of how to account for the ethics of assistance with suicide: to grasp the actuality and composition of the ethical work that goes on in the configuration of a subject, one who is making a judgment about dying, with other participants and observers, the anthropologist included.