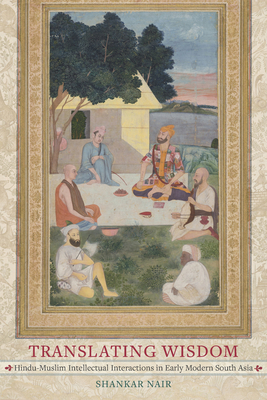 During the height of Muslim power in Mughal South Asia, Hindu and Muslim scholars worked collaboratively to translate a large body of Hindu Sanskrit texts into the Persian language. Translating Wisdom reconstructs the intellectual processes and exchanges that underlay these translations. Using as a case study the 1597 Persian rendition of the Yoga-Vasistha—an influential Sanskrit philosophical tale whose popularity stretched across the subcontinent—Shankar Nair illustrates how these early modern Muslim and Hindu scholars drew upon their respective religious, philosophical, and literary traditions to forge a common vocabulary through which to understand one another. These scholars thus achieved, Nair argues, a nuanced cultural exchange and interreligious and cross-philosophical dialogue significant not only to South Asia’s past but also its present.

"Nair contributes to establishing a new model for what consequential scholarship on South Asia looks like. . . . Translating Wisdom will make a substantial contribution to the intellectual jet streams occupied by interested parties worldwide."
— Journal of the American Academy of Religion