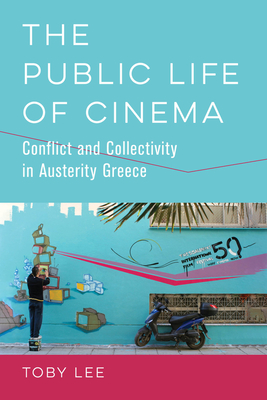 The Public Life of Cinema

Conflict and Collectivity in Austerity Greece

Is culture a luxury? In this era of austerity, the value of the arts has been a topic of heated debate in Greece, where the country’s economic troubles have led to drastic cuts in public funding and much contention over the significance of cultural institutions and government-funded arts initiatives. At issue in these debates are larger questions regarding the very notions of publicness, hierarchies of value, and functions of the state that structure collective life. Beginning with the Thessaloniki International Film Festival, How to Be Public tracks this turbulence as it unfolded in the Greek film world in the early years of the crisis. Investigating the different forms of citizenship and collectivity being negotiated in cinema’s social spaces, this book considers how the arts and cultural production may illuminate the changing conditions of, and possibilities for, public and collective life in the neoliberal era.

Toby Lee is Assistant Professor in the Department of Cinema Studies at New York University. A practicing artist, her work has been exhibited at the Locarno Film Festival, Ann Arbor Film Festival, Anthology Film Archives, Museum of the Moving Image (NYC), and the 2014 Whitney Biennial.
Loading...
or support indie stores by buying on