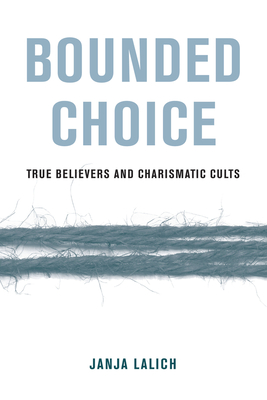 Heaven's Gate, a secretive group of celibate "monks" awaiting pickup by a UFO, captured intense public attention in 1997 when its members committed collective suicide. As a way of understanding such perplexing events, many have seen those who join cults as needy, lost souls, unable to think for themselves. This book, a compelling look at the cult phenomenon written for a wide audience, dispels such simple formulations by explaining how normal, intelligent people can give up years of their lives—and sometimes their very lives—to groups and beliefs that appear bizarre and irrational. Looking closely at Heaven's Gate and at the Democratic Workers Party, a radical political group of the 1970s and 1980s, Janja Lalich gives us a rare insider's look at these two cults and advances a new theoretical framework that will reshape our understanding of those who join such groups.

Lalich's fascinating discussion includes her in-depth interviews with cult devotees as well as reflections gained from her own experience as a high-ranking member of the Democratic Workers Party. Incorporating classical sociological concepts such as "charisma" and "commitment" with more recent work on the social psychology of influence and control, she develops a new approach for understanding how charismatic cult leaders are able to dominate their devotees. She shows how members are led into a state of "bounded choice," in which they make seemingly irrational decisions within a context that makes perfect sense to them and is, in fact, consistent with their highest aspirations.

In addition to illuminating the cult phenomenon in the United States and around the world, this important book also addresses our pressing need to know more about the mentality of those true believers who take extreme or violent measures in the name of a cause.

Janja Lalich is Associate Professor of Sociology at California State University, Chico. She is coauthor of "Crazy" Therapies: What Are They? Do They Work? and Captive Hearts, Captive Minds: Freedom and Recovery from Cults and Abusive Relationships.
Loading...
or support indie stores by buying on