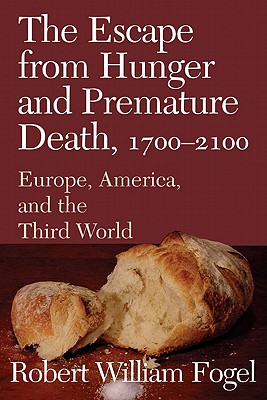 Europe, America, and the Third World (Cambridge Studies in Population #38)

Nobel laureate Robert Fogel's compelling new study examines health, nutrition and technology from 1700 to 2100. Although throughout most of human history, chronic malnutrition has been the norm, a synergy between improvements in productive technology and human physiology has enabled humans to more than double their average longevity and to increase their body size by over fifty percent over the past three centuries. Larger, healthier humans have contributed to the acceleration of economic growth and technological change, resulting in reduced economic inequality, declining hours of work and a corresponding increase in leisure time. Increased longevity has also brought increased demand for health care. Fogel argues that health care should be viewed as the growth industry of the twenty-first century and systems of financing it should be reformed. His book will be essential reading for all interested in economics, demography, history and health care policy. A professor at the University of Chicago, Robert William Fogel has taught at the University of Rochester, Cambridge University, and Harvard University. He has received numerous awards and prizes for his work, including the Arthur C. Cole Prize (1968), the Schumpeter Prize (1971), the Bancroft Prize (1975), the Gustavus Myers Prize (1990), and the Nobel Memorial Prize in Economic Science (1993). Previous books include Without Consent or Contract: The Rise and Fall of American Slavery (W.W. Norton & Company, 1994) and The Fourth Great Awakening and the Future of Egalitarianism (The University of Chicago Press, 2000).