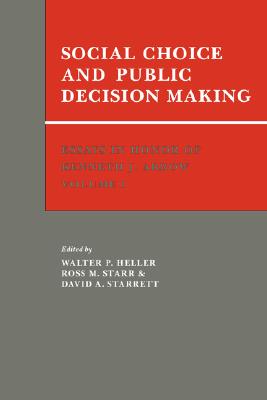 Professor Kenneth J. Arrow is one of the most distinguished economic theorists. He has played a major role in shaping the subject and is honoured by the publication of three volumes of essays on economic theory. Each volume deals with a different area of economic theory. The books include contributions by some of the best economic theorists from the United States, Japan, Israel and Europe.