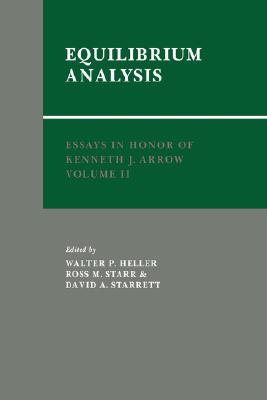 Professor Kenneth J. Arrow is one of the most distinguished economic theorists. He has played a major role in shaping the subject and is honoured by the publication of three volumes of essays on economic theory. Each volume deals with a different area of economic theory. The books include contributions by some of the best economic theorists from the United Stated, Japan, Israel and Europe. This second volume is entitled Equilibrium Analysis and is divided into sections on general equilibrium and on the microfoundations of macroeconomics.