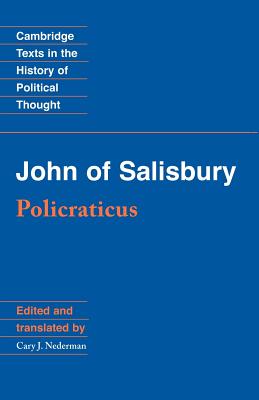 Policraticus (Cambridge Texts in the History of Political Thought)

John of Salisbury (c. 1115-1180) was the foremost political theorist of his age. He was trained in scholastic theology and philosophy at Paris, and his writings are invaluable for summarizing many of the metaphysical speculations of his time. The Policraticus is his main work, and is regarded as the first complete work of political theory to be written in the Latin Middle Ages. Cary Nederman's new edition and translation, currently the only version available in English, is primarily aimed at undergraduate students of the history of political thought and medieval history. His new translation shows how important this text is in understanding the mores, forms of conduct and beliefs of the most powerful and learned segments of twelfth century Western Europe.