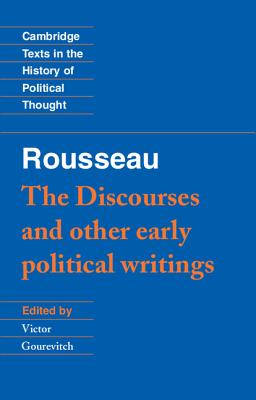 The work of Jean-Jacques Rousseau is presented in two volumes, which together form the most comprehensive anthology of Rousseau's political writings in English. Volume I contains the earlier writings such as the First and Second Discourses. The American and French Revolutions were profoundly affected by Rousseau's writing, thus illustrating the scope of his influence. Volume II contains the later writings such as the Social Contract. The Social Contract was publicly condemned on publication causing Rousseau to flee. In exile he wrote both autobiographical and political works. These volumes contain comprehensive introductions, chronologies, and guides to further reading, and will enable students to fully understand the writings of one of the world's greatest thinkers.