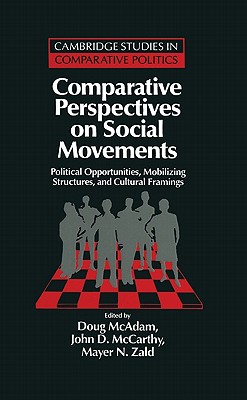 Social movements such as environmentalism, feminism, nationalism, and the anti-immigration movement figure prominently in the modern world. Comparative Perspectives on Social Movements examines social movements in a comparative perspective, focusing on the role of ideology and beliefs, mechanisms of mobilization, and how politics shapes the development and outcomes of movements. It includes case studies of the former Soviet Union and Eastern Europe, the United States, Italy, the Netherlands, and West Germany.